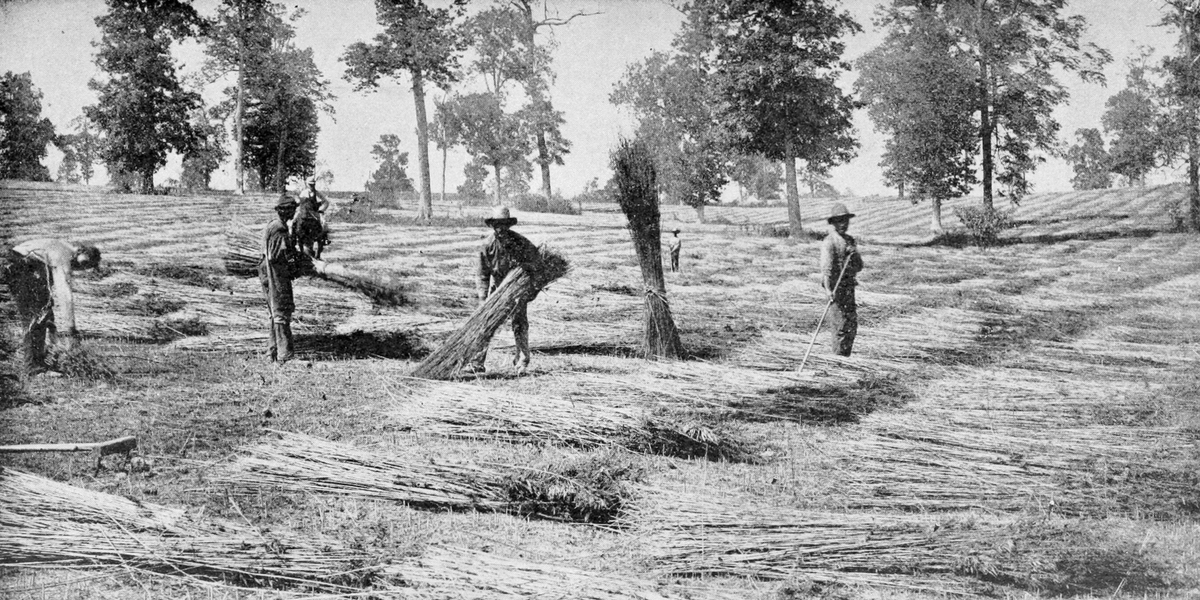 Sure, hemp used to be legal. So was slavery.

Congress is poised to legalize industrial hemp farming — a practice banned in 1970 by the Controlled Substances Act.

While introducing the legislation in the Senate, Kentucky’s Mitch McConnell noted that hemp “was a foundational part of Kentucky’s heritage,” that THC levels in the plant are too low to get anyone high, and that recent research into hemp has shown its potential “in everything from home insulation to concrete and from health products to beer.”

Here in Missouri the state legislature just passed, by overwhelming margins, a bill allowing federally-approved hemp farming. The Missouri bill’s sponsor also made a nod to history, stating that hemp “had been grown widely across the state prior to the 1930’s,” and today had “many more uses now that technology has advanced.”

Lost in the upbeat news coverage about hemp’s economic future was any discussion of its economic past. Specifically, how hemp helped fuel the spread of slavery outside the cotton-growing South.

Hemp was America’s other great plantation crop before the Civil War. Its fortunes were wound around cotton — literally. The strong rope produced from hemp was in high demand for tying up cotton bales.

“Without hemp, slavery might not have flourished in Kentucky, since other agricultural products of the state were not conducive to the extensive use of bondsmen,” wrote historian James Hopkins. “A Lexingtonian stated in 1836 that it was almost impossible to hire workmen to break a crop of hemp because the work was ‘very dirty, and so laborious that scarcely any white man will work at it.’”

The same was true in Missouri’s river counties, where able black men “sold readily for $1,200 to $1,400,” W.M. Paxton wrote. In 1850 the US Census counted 8327 hemp plantations, with Kentucky and Missouri leading the way.

Enslaved labor in Kentucky were paid as much as three dollars per week for hemp manufacture, though these men were often loaned out from masters who were also paid, sometimes handsomely.

And in the end, they were still slaves. Hopkins tells of a manufacturer in Lexington who, after deciding to retire from the hemp trade, “advertised an auction sale of 60 men, boys and women.”

Excellent work has been done lately on how cotton and slavery built fortunes throughout the North and South leading up to the Civil War. It’s time to include hemp in that conversation.

Senator McConnell and all the other boosters need to know that their agricultural “heritage” aided and abetted the growth of slave labor.