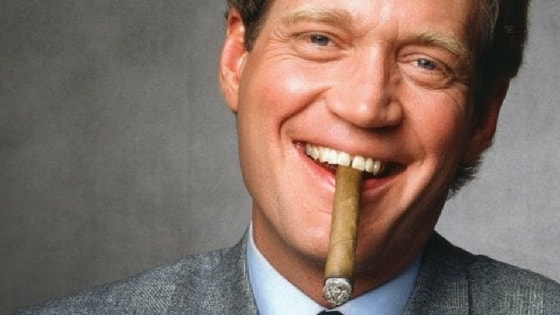 David Letterman in the 1980s was as good as it gets

My Friday Pick is Jason Zinoman’s stellar book about David Letterman and — to accompany your reading of the book — an exclusive YouTube playlist from the premier archivist of Letterman’s work.

If you were a college or high school student in the 1980s and were looking to find your place in the big world, chances are you paid close attention to “Late Night With David Letterman.” America was undergoing a sea change, not just in terms of comedy (“SNL” had actually blazed that trail in the mid-1970s), but in attitude. Ironic detachment, boredom with the old tropes, a secret desire to take Mom and Dad’s possessions and drop them off the side of a building or run them over with a steamroller — this was the sensibility of the Reagan years, and nothing in the popular culture radiated it so powerfully as “Late Night.”

In all my memories, his show in the 1980s was as good as it gets. For me, few college memories are more pleasant than coming home from my studies at 11:30 p.m. to join my roommates in front of our 19-inch black-and-white TV set. Watching Dave, his guests, Paul and the band, Chris Elliott, the stupid pet and human tricks, and whatever else Letterman’s writers had cooked up, was the perfect nightcap.

Something in my brain that had been snoozing all night woke up when “Late Night” came on. Paul Shaffer’s organ wailed its siren song. And unbeknownst to me at the time, it was taking notes.

As I said in my piece on late night TV earlier this week, I owe my career to those nights watching Letterman. But the world never stops, and a brilliant satirist you loved as a teenager, then admired for his transition to straight-faced politics, one day becomes a disgraced ex-senator — and you surprise yourself by siding with his accusers.

His heart was in the right place. Too bad his hands weren’t.

And so it is with Dave.

Fortunately, with Letterman: The Last Giant of Late Night, Jason Zinoman has gifted us with a book that gives all these facets of Lettermanism their due. The generational talent that ascends effortlessly to the top of the comedy business (such as it is in 1978). The television industry he stymies, and which stymies him back, shoehorning him into whatever is posted to the NBC job board that week.

The big break, and the conspiracy of writers who help him make the most of it. The innovations, the attention, the hosannas, the staff changes. And then, with the shift from NBC to CBS, from No. 1 to No. 2, the gradual overshadowing of nearly everything by what can fairly be called a terminal case of entitlement.

Zinoman covers it all with the ease of a nonfiction writer twice his age. He plays critic, reporter, gossip columnist, and enthusiast in pretty much perfect rhythm as he moves effortlessly through a narrative covering four decades and a culture shift.

I can only hope that Zinoman’s recent tribute to Conan O’Brien means he’s working on a book about TV’s most underappreciated late night host.

It was hard to read this book’s concluding chapters and realize how little of consequence happened in the second half of Dave’s 33-year run in late night. As rapidly as Zinoman rushes through those years, it’s still drudgery — but then, so was watching “Late Show” a lot of nights.

The low point comes when Dave turns into a passive-aggressive tyrant at work, insisting that senior staff keep vigil with him for hours after the show has taped, because he’s too terrified to go home to the wife he cheated on with a staffer.

Dave’s irrelevance accelerates as it begins to dawn on the comedy community that he has no interest in booking women. (In 2012 Zinoman published a damning interview in his newspaper, the New York Times, quoting Letterman’s comedy booker as saying that Tig Notaro and Amy Schumer weren’t right for the “Late Show.”)

But even after all that ugliness, Zinoman somehow brings it all home in a satisyfing conclusion that properly values Letterman’s cultural contributions. Careful to give credit to all the writers and producers who made the success of “Late Night” possible, Zinoman realizes that in the end, this is Dave’s story.

And so, when he lands an interview with the retired, bewhiskered old grump shortly before handing in his manuscript, he wisely gives Dave the last word.

As I read Zinoman’s description of Letterman’s heyday, I found myself wishing I could hit the play button on the video of the bits he was describing.

But now you can!

Thanks to a list supplied by my friend Don Giller — the relentless Letterman archivist who gets top billing on Zinoman’s acknowledgments page — I was able to compile a YouTube playlist of the moments created around “Late Night With David Letterman” (1982-1993), in the order they appear in the book.

All my playlist does is point to existing videos curated by Giller on his popular YouTube channel (13 million views and counting). But now, when you read Zinoman rhapsodize about the life-changing power of the Giant Doorknob, you can go to the tape and decide for yourself!

Don has gone to great pains to produce videos of the highest quality, including stereo sound where available. The notes accompanying his videos are essential reading. I’m thrilled to offer this compilation to readers.